Master Butchers Providing Prime Irish Meat To The Public For Over 25 Years.

Only The Finest Cuts Of Fresh Meat Delivered Direct To Your Door.

Delicious Meat From Farm to Fork

Full Tracking on all deliveries

*Please order before 10 am for next day delivery.
Orders made after this time will be delivered on the following delivery day. 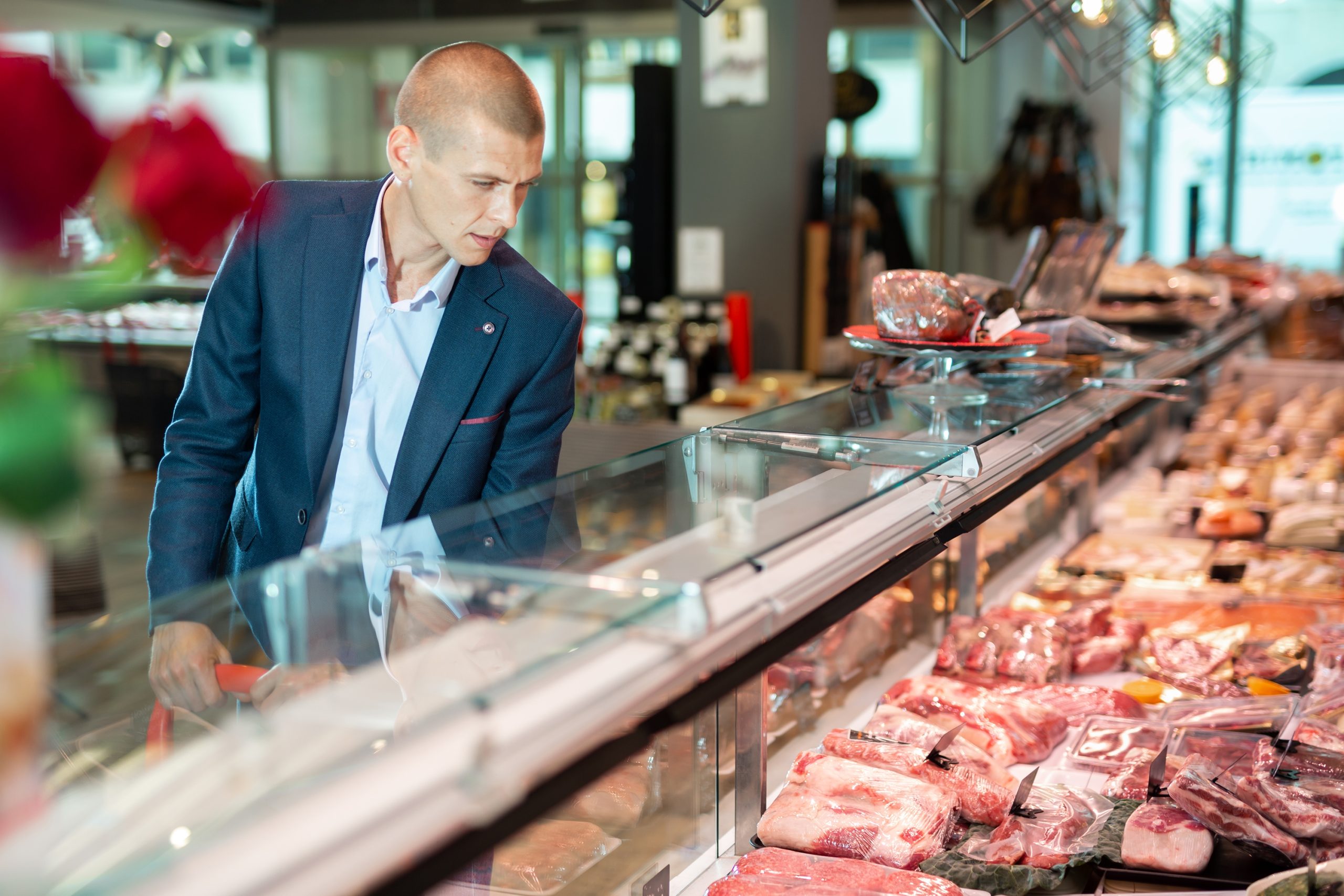 Here at Butcher.ie, we want to make shopping for your meaty favourites an enjoyable experience, you may see a lot of terms online that you don’t understand. This guide should help you find your way. We advocate for healthy eating, ethics, cooking, and more. That said, If you love to cook with various meat cuts, Here are a few terms to help you get the right meat cut for your dish.

Grass fed
Different countries have different legal definitions for what constitutes ‘grass fed’. In some countries, cattle can be kept in sheds and fed hay all their lives, yet still qualify as grass fed. So, grass fed does not necessarily mean ‘pasture’ fed (ie, animals that have been reared outdoors). However, it is generally accepted that grass fed means meat (mostly beef, though the term can also be relevant for lamb) from animals that have primarily lived on a diet of foraged grass.

Grain fed
Modern, industrial-scale meat production has spawned the need to feed animals a diet with a greater energy density than their natural diet, so they can grow at a faster, more efficient rate. There are many factors at play here, such as a scarcity of pasture due to lack of rain or a harsh climate that has led to animals being kept indoors over winter. Grain feeding, where cattle (and sometimes sheep) are fed grains, soy and other nutrients in addition to grass or hay, provides a cost-effective alternative to grass feeding. Grain-fed meat has good marbling, paler fat than grass-fed meat and tends to be more consistently tender. It also has a milder flavour. The chief problem with grain feeding, however, is that cows and sheep are ruminants. This means their stomachs are designed to digest grass. Feeding grains to ruminants on a long-term basis can wreak havoc on their digestive systems.

Grass finished and grain finished
An animal is said to be ‘grain finished’ when it has lived as a grass-fed animal but spends the last weeks, or even months, of its life eating a diet rich in grains. Conversely, an animal has been ‘grass finished’ when it has had a diet of grains but is fed grass in the last weeks or months of its life. Finishing is another word for ‘fattening’, the time before an animal is processed when it gains weight and condition. Grass-fed animals have naturally higher levels of omega 3s and other nutrients, so introducing grass into the diet of a grain-fed animal raises these levels and makes the meat appealing to those who prefer grass-fed meat. Grain finishing puts weight on the animals very quickly and results in well-marbled meat. A boost of grain can be a cheap, quick way to fatten a grass-fed animal before slaughter.

Organic
The term ‘organic’ is subject to legal definitions that vary from country to country. However, in relation to meat, the term organic is generally held to mean meat that has been raised without the use of chemical fertilisers or pesticides in its feed, with no genetically modified foods or food additives and no irradiated feed. Organically raised animals are not pushed to grow and gain weight faster than is natural and are therefore free of growth hormones.

Dry aged
Meat is aged before it is eaten, especially game,beef and, to a lesser extent, lamb. The ageing process develops flavour and tenderness, and can be dry or wet (see below). Dry ageing involves hanging large primal cuts of meat in a humidity- and temperature-controlled environment for up to 28 days. During this time the meat dries out slightly as liquid evaporates, and natural enzymes work on the meat and tenderise it. The flavour of the meat deepens. Dry ageing is expensive due to the time and space it requires and only really top-quality meat, with large amounts of well-distributed fat, benefits from it. There is also significant shrinkage through moisture loss and the crust that forms on the outside of the meat needs to be removed before cooking. However, the flavour and texture of dry-aged beef are incomparable. Game is dry aged by being hung, whole, in a cool dry place for up to two weeks. This develops those strong ‘gamey’ flavours, while the enzymes that flourish during dry ageing work on the meat and tenderise it. Without hanging, game wouldn’t have its characteristic flavour and it would be tough.

Wet aged
This is a fairly modern process that involves ageing meat in vacuum-sealed plastic bags for a few days to retain moisture. It doesn’t require the space, time or controlled temperatures of dry ageing so it is far more cost-effective. It is normal for the meat to smell quite strong and feel a little slimy when it comes out of the bag.

Bone, rolled, tied
refers to a roast that has been deboned, excessive fat trimmed, and tied into a cylindrical shape. Another reason why buying meat at the butcher is a great idea, they can do the prep for you!

Marrow
This is the flexible tissue found inside the bones. It’s rich in nutrients and is often used to add extra flavour to a dish.

Grain
Meat is muscle tissue and muscle is made up of fibres that run parallel to each other. These fibres are called the ‘grain’ of the meat. In some cuts, such as beef tenderloin, the grain is easy to see as it runs the length of the meat. When carving meat, it is important to cut across the grain- if you carve along the grain, the meat will be chewy and stringy.

Marbled meat
Marbled meat refers to the appearance that intramuscular fat gives to meat, particularly red meat. It shows as a fine network of white fat throughout the flesh, in a marbled effect. Breeding and diet affect marbling – cattle fed on grain, for example, exhibit well-marbled meat. Marbling is highly desirable, as the fat melts into the flesh as the meat cooks, adding succulence and depth of flavour.

Spatchcocked
This process removes the backbone of the chicken, making it possible to cook the chicken flat instead of whole. It’s often easier to cook and also cuts down on the cooking time. 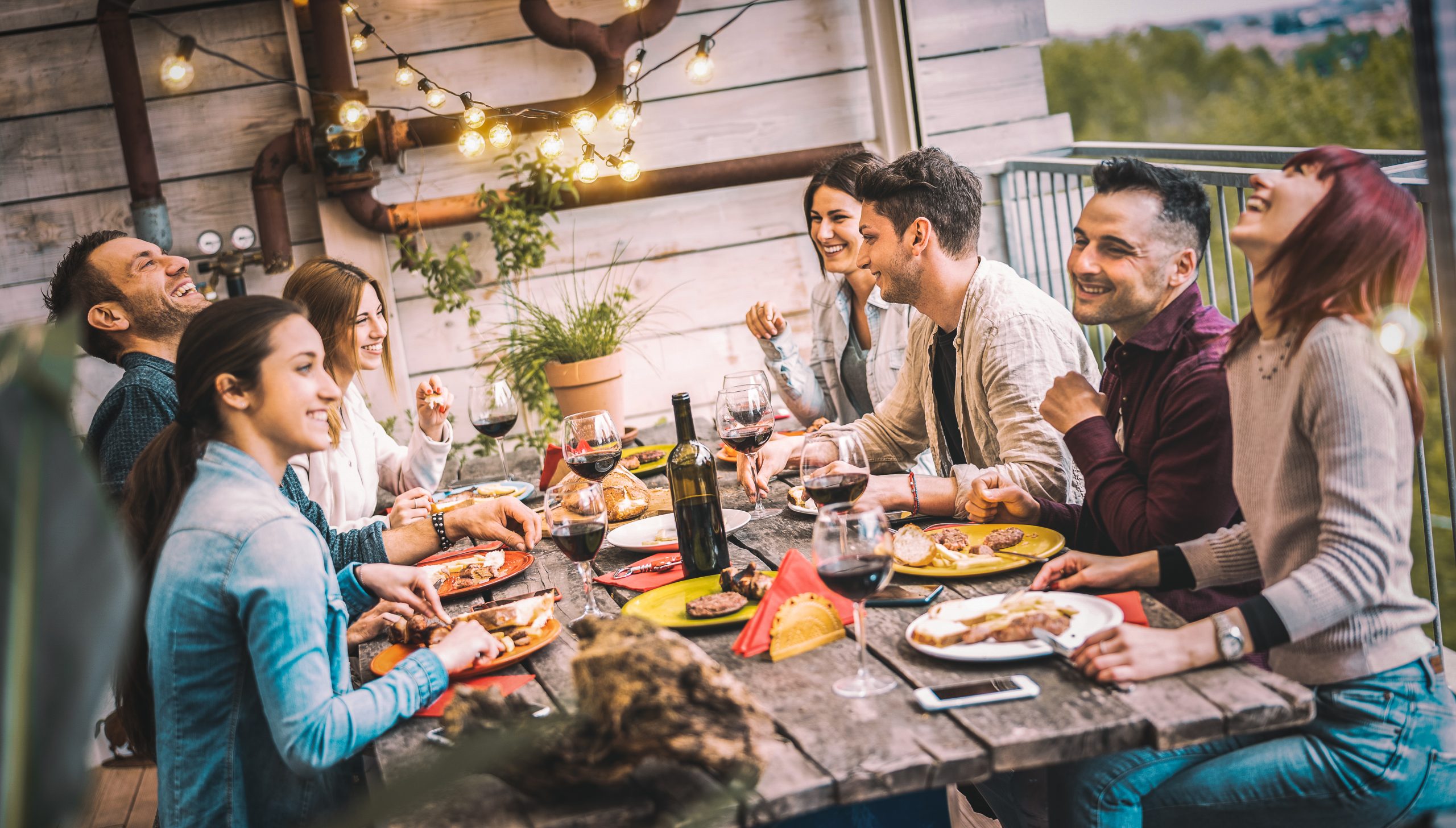 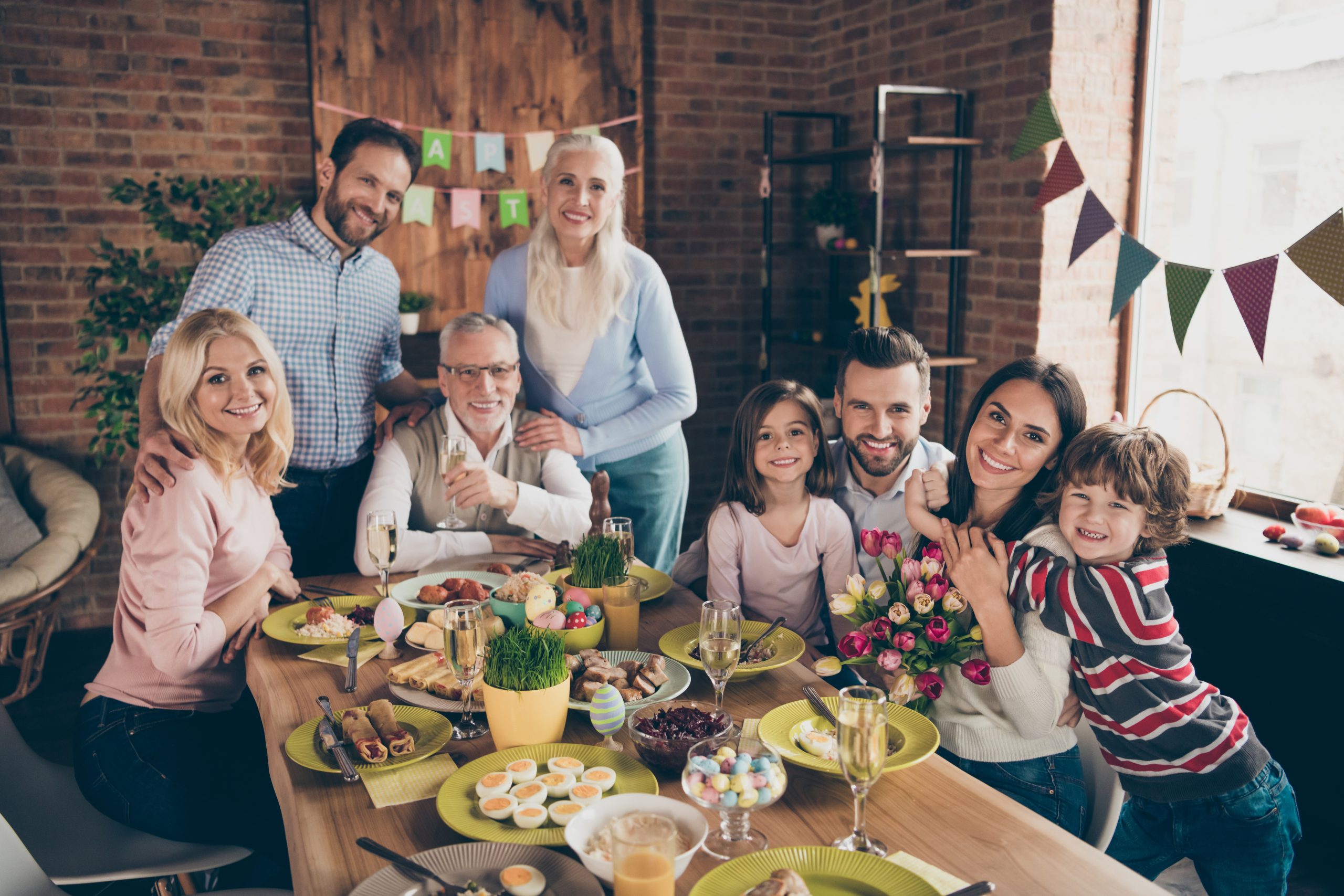 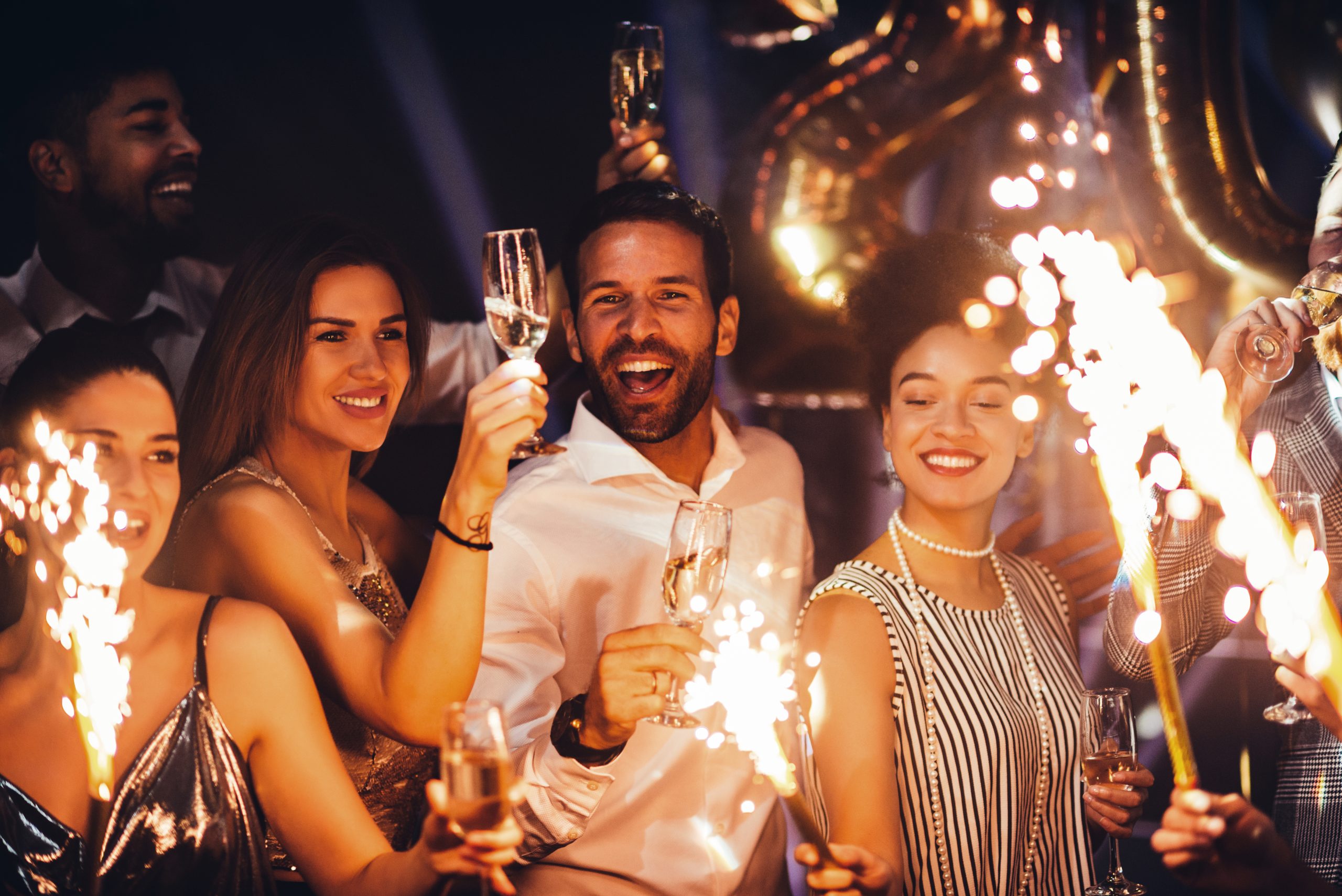